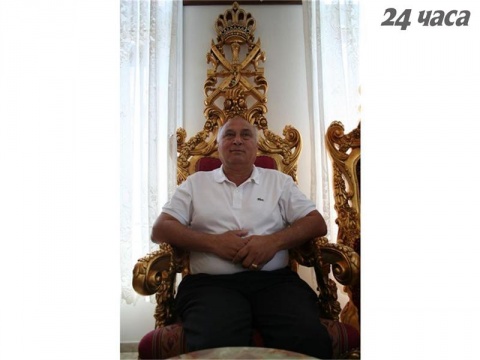 Kiril Rashkov, who has got a major tab running with the Bulgarian Revenue Service to the tune of BGN 6 M in unpaid taxes, is pictured here in his notorious gilded throne. Photo by 24 Hours daily

A notorious self-proclaimed Roma tsar, whose clan's impunity triggered unprecedented protests across the country over the last few days, will be officially charged with tax evasion, prosecutors have said.

The teenager Angel Petrov was struck and killed in the village of Katunitsa by a mini-bus driver linked to the controversial local Roma leader, triggering a wave of protests and fueling ethnic tensions.

During the clashes that followed a 16-year-old boy collapsed and later died in hospital due to heart failure.