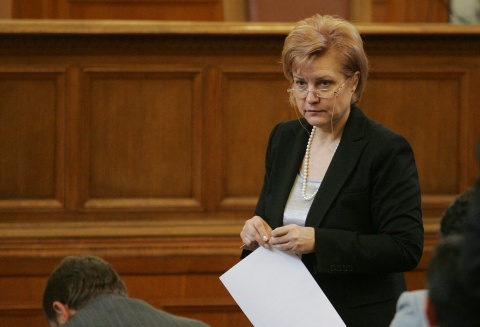 The Chair of the Parliamentary Budget Committee, Menda Stoyanova, firmly rejects accusations she had provided a cover-up for notorious Roma boss, Kiril Rashkov AKA Tsar Kiro.

Stoyanova, who is a Member of the Parliament from the ruling Citizens for European Development of Bulgaria, GERB, party, commented in response to indirect questions to her, coming from Ivaylo Dichev, a Professor of Cultural Anthropology, who spoke Wednesday in an interview for the morning broadcast of the TV channel bTV.

Dichev informed the MP was Director of the National Revenue Agency, NRA, Office in the second largest city of Plovdiv between 2001 and 2006 and asked her if she fell at all responsible about the issue of large-scale tax evasion committed by the Roma boss.

"Six years ago, when I was leading NRA Plovdiv, the law was enforced as it was at the time, and equally for all citizens, including the Rashkov family," Stoyanova said several hours later.

The September 23 murder of Bulgarian youngster, Angel Petrov, 19, who was deliberately run over by a mini van, driven by one of Rashkov's relatives, according to witnesses, led to massive protests of the ethnic Bulgarians in the village of Katunitsa, where Tsar Kiro's mansions are located. They culminated Saturday night into the burning of Rashkov's properties by football hooligans from Plovdiv, which is near to Katunitsa, and by football club fans from the capital Sofia and the southern city of Stara Zagora.

The only other comment from the GERB MP was that no one should expect from her to remember particular probes or audits from the 90s, adding she did not personally know Tsar Kiro.

After the incident in Katunitsa, various Bulgarian media reported that the Rashkov clan never paid taxes and there are staggering discrepancies between their income and their wealth.

In the bTV interview, Prof. Dichev also pointed out that Chief Commissar, Kalin Georgiev, who was and is the key figure in current police efforts to tame the unrest, was at the time the Head of the Plovdiv Regional Directorate for Combating Organized Crime.