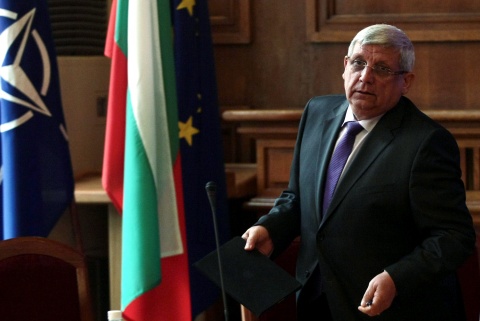 Gen. Simeonov presented at a news conference Monday a report for the completion of the so called "Program for the Accession of the Armed Forces of the Republic of Bulgaria to NATO" and about Bulgaria's cooperation with the Allied Joint Force Command based in Naples, Italy.

The Program in question has been implemented in order to increase the interoperability of the Bulgarian armed forces with those of Bulgaria's NATO allies.

To mark the completion of the Program, the Commander of the Allied Joint Force Command Naples, US Admiral Samuel J. Locklear, will arrive in Bulgaria on Tuesday for the signing of a joint declaration with the Bulgarian Head of Defense, Gen. Simeonov.

"The end of this program doesn't put an end to our efforts to have more modern and efficient armed forces, to modernize the Bulgarian military, and to develop new capacities," Defense Minister Angelov told reporters.

"The Plan for the Development of the Armed Forces does not need to have substantial modifications at the moment. In early 2012, the Plan will be analyzed since there will be reorganization and restructuring of the military detachments of the Bulgarian Army," the Defense Minister explained.

Angelov also revealed information about his participation in the latest informal meeting of EU Defense Ministers in Wroclaw, Poland.

He said the meeting was marked by the efforts of the Polish EU Presidency to find common ground among the various positions of the 27 EU member states in three areas: the planning and management of EU military operations withing the Common Security and Defense Policy (CSDP); the future of EU missions abroad, and especially of the EUFOR Althea mission in Bosnia and Herzegovina; and the increase of the role of the so called EU battle groups.

The Polish EU Presidency has marked out the closer integration with respect to EU Common Security and Defense Policy as one of its major priorities.