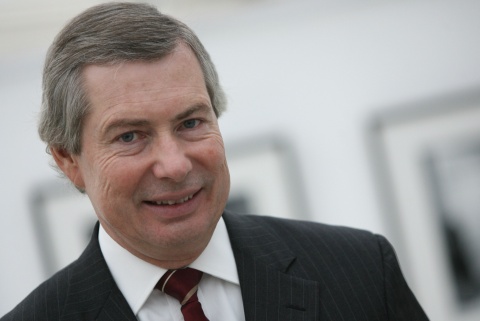 US Ambassador to Bulgaria James Warlick has called on Bulgarians to seek experts' views on shale gas exploration before they make up their mind. Photo by BGNES

US Ambassador to Bulgaria James Warlick has urged a rational approach to the issue of shale gas, saying that America also faced environmental concerns in relation to the matter.

Speaking in a Monday interview for Nova TV, he stressed that the current issue at hand was not whether to allow shale gas development but whether to authorize Chevron and other similar companies present in Bulgaria to confirm the existence of shale gas deposits.

"My question is: wouldn't you like to know if you had such gas here, leaving matters relating to development and extraction aside for the time being. I believe it is more important to make a decision on the basis of all facts available", Warlick noted, adding that it was up to the Bulgarian government to make a choice.

Warlick argued in favor of shale gas drilling, insisting that the process had negligible environmental impact and was different from development activities.

He called for a rational rather than emotional approach to such studies and pointed out that strictly scientific matters should first be offered to people with expert knowledge.

"In the US we are conducting such environmental impact assessment procedures as a result of shale gas development. We did not hold a referendum on shale gas production", the US Ambassador stated.

As regards the ongoing pre-election campaign, he said that, while he would not be able to meet all of the presidential candidates, he found it very important to hear them state their views on key matters in person "not because the US can exert influence but because it would like to establish a good partnership with whoever assumes office as president or mayor".