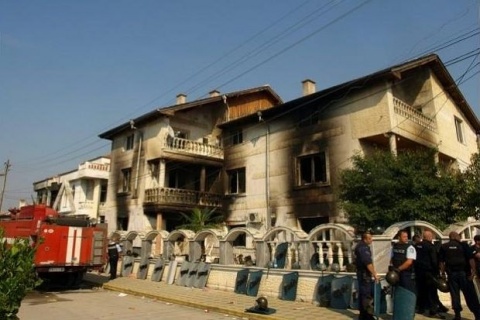 Properties of Roma boss Tsar Kiro in the Bulgarian village of Katunitsa, known as The Castle, were set on fire by protesting local ethnic Bulgarians. Photo by DarikNews

Tensions in the village of Katunitsa, located in southern Bulgaria, near the second largest city of Plovdiv, are slowly subsiding and the situation remained calm Sunday night into Monday.

The news was reported by the Bulgarian TV channel bTV Monday morning.

Crowds were reported in Katunitsa Sunday night, but the tensions have diminished with local resident holding a silent vigil with candles.