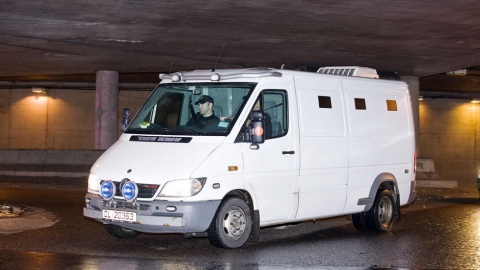 Anders Behring Breivik, the Norwegian man who shocked the world with his deadly rampage in July, has been ordered to remain in custody for a further eight weeks during a closed court hearing.

On Monday, the Oslo district court approved a police request to keep Breivik in custody on terror charges– four of them in solitary confinement – as prosecutors prepare a formal indictment, Te Guardian informs.

The 32-year-old has confessed to setting off a bomb in Oslo and shooting dead 69 at an island youth camp outside the city, killing 77 people in total on 22 July.

The Norwegian Dagbladet newspaper says that Judge Anne Margrethe Lund stopped Breivik on several occasions during the hearing. What Breivik had to say was not relevant for the decision that was to be made, Lund has explained, adding that he did not react in any particular way to being stopped.

A CCTV image was recently published by the ABC Nyheter website that shows the killer walking away from a car after planting the bomb that killed 8 people in Oslo. The CCTV image shows Breivik wearing a home-made police uniform and carrying a pistol in his right hand.

After the blast in Oslo, the gunman headed for the island of Utoeya, where he shot dead 69 people at a youth summer camp.