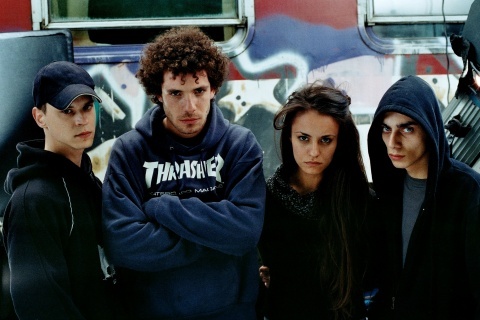 "Tilt" is reaping immense success in the United States, where it has been selected to feature at five festivals, including the one in Seattle, the largest in the country. Photo by BGNES

Bulgaria's National Film Center has put forth "Tilt" as the Bulgarian nomination for the US Academy Award for Best Foreign Language Film.

"Tilt", which marks the debut of director Viktor Chuchkov Jr. and producer Borislav Chuchkov, will enter a fierce competition with productions from around the world, seeking to be picked among the five films nominated in the category, one of which will grab the prestigious award at a ceremony in February 2012.

Following its hugely successful official premiere in Bulgaria on February 11, which sent it straight to the top of the box office list, the movie has already been screened at 10 international film festivals with nine more ahead. The list features the festivals in Santa Barbara, Gothenburg, Montreal, Singapore, Raindance (London), Woodstock.

"We will do our best and will not spare resources and efforts to promote "Tilt" as the Bulgarian nomination for the Oscars. Next week we will start working with an experienced consultant and PR experts, who will help our campaign in the United States," commented Borislav Chuchkov, producer of the film.

The movie is a co-production with "ostlicht filmproduktion" from Germany and the Bulgarian National Television. Script consultants are Bernd Lichtenberg ("Goodbye Lenin") and Bill Forsyth.

At the beginning of this year "Tilt" became the second Bulgarian movie to top the national box office after last year's hit movie "Mission London".

For the first time a Bulgarian movie premiered simultaneously on 31 screens across the country. According to the distributors "A Plus Cinema", the idea was for the movie to be seen by as many people in convenient times for them.

Due to the huge interest to the movie, there were traveling screenings in scores of towns that lack cinemas, like Lovech, Svishtov, Montana, etc.