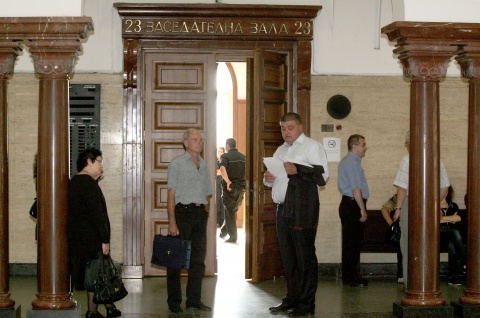 Bulgaria's Supreme Court of Cassation (VKS) has found fault with the conclusions reached by the Veliko Tarnovo Appellate Court on the Sofia-Kardam train fire. Photo by BGNES

On February 29, 2008, nine people were charred to death and nine more injured after two cars of the night train going from Sofia to the northeastern town of Kardam burst into flames minutes after midnight.

Georgi Georgiev , ticket collector, Ivanka Kostadinova, head of the train and Georgi Ivanov, deputy head of the Passengers' Travels department at Bulgarian State Railways (BDZ) were summoned as defendants on charges of homicide through reckless imprudence.

VKS finds that court of second instance has reached its conclusions on the basis of inconclusive or incomplete evidence.

The Pleven District Court sentenced Georgi Georgiev to 12 years of imprisonment, Ivanka Kostadinova to 8 years behind bars and declared Georgi Ivanov not guilty.

On March 02, 2011, the Veliko Tarnovo Appellate Court reduced the prison terms of Georgiev and Kostadinova to 8 years and 6 months and 5 years, respectively.