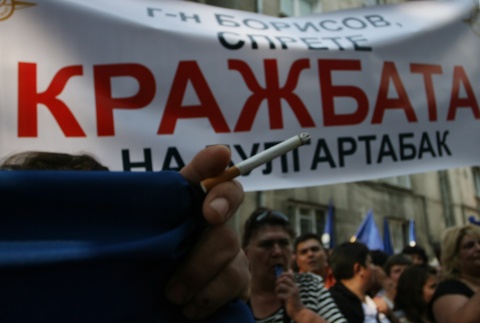 The privatisation of the company triggered protests earlier this month by workers. Photo by Sofia Photo Agency

Bulgaria's privatization agency sealed the deal to sell cigarette maker Bulgartabac to a unit of Russia's VTB Bank on Tuesday, before the competition watchdog delivers its ruling.

The document for the purchase of a 79.8% stake in the Balkan country's dominant tobacco company was signed on behalf of the Russian bank by Alexandra Doychinova.