9/11 after 20 More Years: Memories from the Future 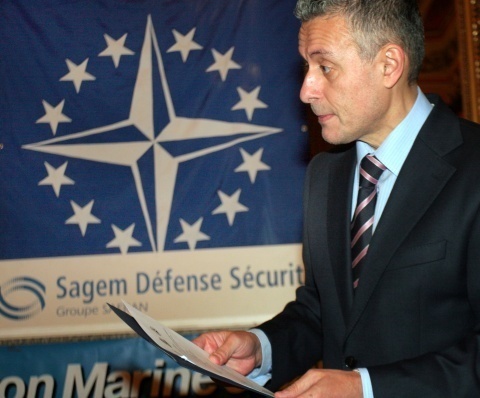 Note: This is the second article of Dr. Solomon Passy on the 10th year since 9/11. His first article READ HERE

As the world marked the 10th year since the terrorist attacks of September 11, 2001, known globally as 9/11, I decided that together with the numerous memoirs and commentaries it would be practical to offer a strategic solution. In the spirit of the 20-year traditions of the Atlantic Club of Bulgaria, it could prevent the next 9/11 from happening, this time in Space.

Let's have a quick look into the history of three memorable catastrophes with a common lesson.

1. Several years ago: the Gulf of Aden, off Somalia's coast. There and then the sea piracy – which had been deemed irreversibly defeated by science, technology, and globalization of the 21st century – was resurrected, as if teleported from the novels of Rafael Sabatini, Jules Verne, and Emilio Salgari, and incurred billions of dollars worth of losses to the global economy at its hardest moment.

2. A decade ago, 9/11:  our civilization was perfidiously attacked by the forces of evil in way that got the world completely off guard. 3 000 completely innocent victims died, and the material damages exceeded trillions of dollars.

3. A century and decade ago: 1898, London. This is where and when the first automobile crash occurred which claimed a human life. This accident provoked the creation of traffic laws and regulations.

What is the common thing among these three catastrophes? It is the fact that if we had foreseen them (as hundreds of thousands of others), they would not have been unavoidable. Why didn't we do that?

The answer to this question sends us all the way to the fundamentals of human behavior, and from there – to the principles of societal governance, i.e. the principles of modern politics and one of its major flaws – it is a lot more reactive, then preemptive.

In all three of the above-mentioned cases there had been thinkers who had warned about the imminent calamities (I myself personally heard in the mid 1990s competent warnings about Al Qaeda's potential and intentions). But these thinkers were invariably ignored. This can be corrected in the future as long as we use our imagination earlier.

*) The Year 2022. Richard Branson's tourist shuttle collides with a Japanese space liner and all 350 passengers and crew members on board perish. Cause: lack of space traffic regulations.

*) The Year 2031. Space pirates attack and kidnap 10 000 residents of an international space colony orbiting between the Earth and the Moon. Cause: lack of international regulations and control on outbound space flights departing from the Earth.

*) The Year 2042. A terrorist group builds a powerful energy generator on the dark side of the Moon, and uses it to propel the Moon against the Earth. The clash becomes unavoidable. Cause: lack of effective international monitoring on the exploitation of the Moon.

Actually, these three scenarios are neither as fantastic, nor as faraway as they seem. The first space crash is already a fact: on February 10, 2009, a Russian space satellite and an American space satellite collided and destroyed one another. The cause of the accident was the lack of guidelines for Space traffic.

And several weeks ago a hackers' congress near Berlin declared – more or less – that it was going to conquer Space. Unfortunately, this piece of information entered the news emissions with the curious news stories but it did not make it to the government watch-out lists about potential threats.

This is the right moment for humankind to learn from past mistakes. Let's look into Space in order to preempt catastrophes on time. Let's lay the foundations of Space law (and statutes for its application) that will regulate and guarantee the peaceful use of Space for decades to come.

There is one strategic conclusion from 9/11. Even the most sophisticated defense system can be broken through by a simple but unexpected plan. And how simple it is to expect that...

That is why the Atlantic Club of Bulgaria, which in the past 20 years demonstrated that strategic plans are not chimeras but inevitable future, has taken up the task of building upon the Bulgarian national traditions into this utopian-romantic international-law subject matter – Space law.

We derived courage to take up this challenge, on the one hand, from the experience that we gained in the field of international law that used to look no less exotic to Bulgarians – Antarctica! But the efforts of the Bulgarian Antarctica activists (and the atlanticists were among the first of them in the early 1990s) demonstrated that the Bulgarian civil society is capable of achieving miracles and materializing mirages. On the other hand, the established Bulgarian achievements in both international law and space science and technology deserve a proper continuation by the future generation.

And the avoided future cyber-catastrophes, space hijackings, and nuclear terrorism will be the most worthy monument of the victims of 9/11.