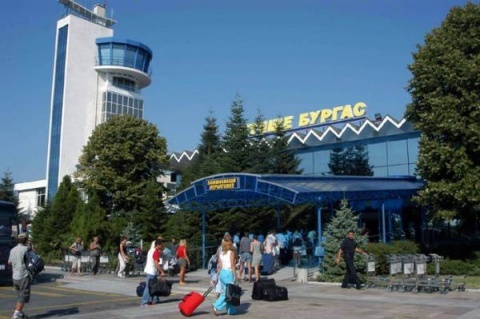 180 of the more than 600 international tourists stranded in Burgas on the Bulgarian Black Sea coast will be able to fly home Saturday afternoon.

Hundreds of Russians and Scandinavians had to linger in Burgas, after 4 flights, to Moscow, St. Petersburg and Helsinki, were cancelled due to disputes between the airline and the tour operator.

Bulgarian Minister of Transport Ivaylo Moskovski and vice-Minister in charge of Tourism Ivo Marinov, as well as a Russian government official, are at the site of the Burgas airport to help resolve the case.

Minister Moskovski informed that the companies had not yet reached an agreement, but nevertheless Bulgaria Air will make its cancelled 633 flight to Vnukovo Airport in Moscow at 3 pm Saturday.

Officials have called for a swift resolution of the dispute, and first and foremost, the prompt return of the tourists home.

The spokesperson of the Bulgarian Ministry of Foreign Affairs has stated that no foreign tourists involved in the incident will face any problems with authorities should their visas expire.

Apart from the 180 people who will fly to Moscow Saturday, some 300 more hope to get to Russia, and 170 have booked the cancelled flight to Helsinki.