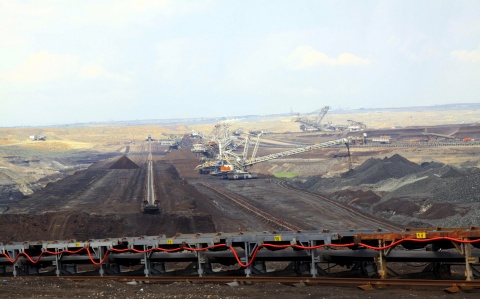 The January-August 2011 coal output marks an increase of 7 million metric tons year-on-year, and is 500 000 metric tons more than the goal set by the company for the respective period.

"The motivation and team work of over 7 200 employees improved the previous highest production," Mini Maritsa Iztok said in a statement.

The company announced that since the start of 2011 so far it has dug up, transported, and deposited more than 66 million cubic meters of earth mass, a 57% increase year-on-year.

This way the mines are preparing to meet the demand by the several large-scale thermal power plants in the Maritsa East energy complex, including Maritsa East 2 EAD, Contour Global Maritsa East 3, AES Galabovo, and Brikel EAD.

By the end of 2011, the management of the Maritsa East Mines originally planned to extract 27.25 million metric tons of coal, and to dig up 94.9 million cubic meters of earth mass.

Taking into account the record output in the first eight months, however, the company expects it will produce at least 28-29 million metric tons of coal in 2011.

With all thermal power plants in Bulgaria having submitted their orders for 2012, Mini Maritsa Iztok EAD forecasts the production of over 32 million metric tons of coal next year.

Much of the increase is due to the launch of the AES Galabavo TPP, a massive investment of the US energy giant AES, into a 670 MW facility opened in the spring of 2011.