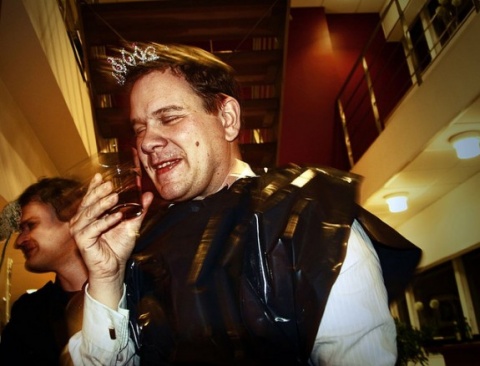 Photo by The USA Today

From The USA Today

Well, at least for Europeans who want to go on organized drinking tours in Bulgaria.

Seems "alcohol tourism" has gotten a little out of control in the country due to British, German and Scandinavian tour companies promoting heavy drinking vacation packages. Cheap alcohol prices and lax regulations have made Eastern Europe, and especially Bulgaria, the current hot spot for stag (bachelor) parties from Western Europe.

But after several recent incidents of tourists falling to their deaths from hotel balconies after nights out drinking, the Bulgarian Hotel Association has had enough. So they've decided to boycott the tour operators in hopes they will take their debauchery elsewhere.

Drinking tours are popular throughout the world, with companies like Thirsty Swagman offering around the world pub crawls or "drinking adventures" in Asia, Europe, and the US. Plus, you can easily find a local drinking tour in most places known for their wine or beer, such as Tour Dublin or Luhambo Tours in Cape Town.

But some people think the pre-planned alcohol tours are getting to be a bit too much not only Bulgaria, but also Turkey, where hotels decided to no longer deal with companies promoting the raging parties.

This might also have to do with a recent documentary airing in Britain. Booze Britain focuses on the out-of-control drinking that happens on holiday in these Eastern European countries (along with at home), and the ramifications of cheap and widely available alcohol.

Somehow, we think the companies will make their way around the restrictions.

Views on BG » Be a reporter: Write and send your article
Tags: alcohol tourism
Advertisement
Advertisement
Expats.bg All Are Welcome! Join Now!
Related Articles:
More from Views on BG