New Sofia Subway Line to Be Launched in May 2012 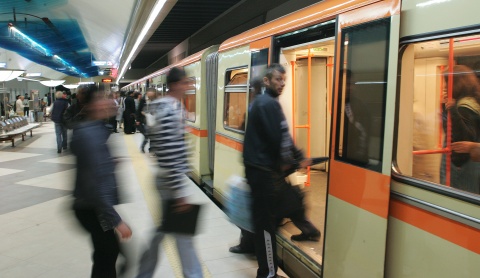 The subway line from Sofia's Mladost 1 district through Mladost 3 distirct to Tsarigradsko Shosse is going to be 2.6-km long and it is expected that it would greatly alleviate traffic congestion in the city. File photo

The subway line from the Mladost 3 district to the main thoroughfare of the Bulgarian capital Sofia – Tsarigradsko Shosse Boulevard will be open for use by May 2012.

The news was announced Thursday by Mayor, Yordanka Fandakova, who said that simultaneously with the launch of the line, the buffer parking with 1 300 spots will also open.

The line from Mladost 1 district through Mladost 3 district to Tsarigradsko Shose is going to be 2.6-km long and it is expected that it would greatly alleviate traffic congestion in the city. The buffer parking will be located underneath the boulevard.

Construction works of both new metro stations – Mladost 3 and Tsarigradsko Shosse are now fully finished along with all tunnels in the segment. Works currently involve mounting of electrical equipment, elevators and escalators.

Meanwhile, repair works on Tsarigradsko Shosse will conclude in the next two weeks and traffic in the area will be fully restored, the Mayor further announced.