Bulgarian Govt Pledges Wage Hikes for Next Year as Elections Near 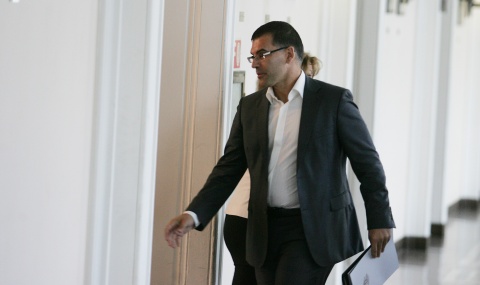 Bulgarian Finance Minister Simeon Djankov has promised an increase of government-paid salaries in 2012. Photo by BGNES

Bulgaria's government will be able to up the salaries it pays in 2012 because the country is already enjoying economic stability, Finance Minister Simoen Djankov promised.

Djankov's pledge – made in the southern city of Smolyan Wednesday night – comes less than two months before Bulgaria's presidential and local elections on October 23, 2011, leading to suspicions that it is an election campaign move (even though the ruling party GERB has not even announced its presidential candidate yet).

Earlier on Wednesday, the Finance Minister opened a new waste depot in the town of Dospat, and visited Devin, another town in the Western Rhodope Mountains, Smolyan Dnes, a local paper reported.

"At the end of September, the government will be able to make it clear what its policies on people's incomes will be. We are working actively on the forecast for the Bulgarian and the European economy as a whole because the summer was a period of greater uncertainty in Europe. Our forecasts for 2012 will be ready at the end of September. After that we will be able to announce what our policies will be but there will definitely be opportunities to increase people's income. We just need a bit more time," Djankov stated in Smolyan.

His announcement comes just as earlier on Wednesday the government issued a statement on the adoption of the macroeconomic report of the Finance Ministry for the first half of the year, which says that the Bulgarian economy is stabilizing.

As of September 2011, the GERB party Cabinet has planned an increase of the minimum monthly wage in the country from BGN 240 to BGN 270 plus a modest upping of the retirement allowances of widows.

In the recent weeks, Syndicates have insisted that the minimum salary should be increased to at least BGN 290-300, and have also voiced demands for a 10% wage hike for all government employees.

Djankov, however, has retorted he would not bow to their pressure, and would play it cool over proposing potential wage hikes. Labor Minister Totyu Mladenov, with whom Djankov is often caught to be at odds, has suggested that the minimum wage could be increased again in the spring of 2012.