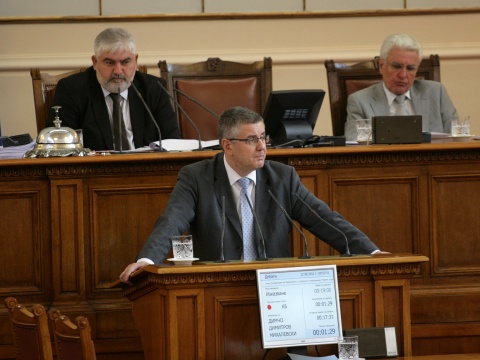 Bulgaria will be providing a grant of EUR 60 M to Russian state bank VTB if it sells its cigarette maker Bulgartabac to VTB's subsidiary BT Invest, according to Dimcho Mihalevski, a Socialist MP.

Mihalevski, who a Deputy Minister of Regional Development in the Stanishev Cabinet (2005-2009), slammed Wednesday in Parliament the decision of the Bulgarian Privatization and Post-Privatization Control Agency to approve the sale of Bulgartabac for EUR 100.1 M to BT Invest, a firm registered in Austria by the bank owned by the Russian government.

On Monday it became clear that BT Invest – the only entity to make it to the final stage of the privatization tender – offered a price of EUR 100.1 M for the purchase of 5 881 380 shares, which are 79.83% of Bulgartabac's capita or EUR 100 000 above the minimum asking price set by the Privatization and Post-privatization Control Agency.

"The deal for Bulgartabac has been manipulated, it encroaches upon the strategic financial interest of the state," Mihalevski said in Parliament.

In his words, Bulgartabac has available assets worth BGN 167 M, and total assets that are BGN 320 M (roughly EUR 160 M) greater than the company's debts. This is how Bulgaria will be bestowing a grant of at least EUR 60 M upon the Russian state bank, he believes.

"We are going to treat the buyer over EUR 60 M, figuratively speaking, and this is scandalous," Mihalevski said, adding, "Ask the government of the GERB party how they are doing it with their Privatization Agency and their employees. This is a robbery! This is corruption! The first big privatization deal of GERB shows that they cannot do carry out a deal honestly."

Mihalevski further slammed the Borisov Cabinet for failing a state enterprise in a time of an investment crunch, and sending a bad signal to foreign investors.

"The real solution would be the immediate termination of this procedure, changing the rules, and you can be sure that more serious and responsible bidders will show up. This is a test for GERB and personally for Prime Minister Boyko Borisov. Let's see their reaction," the MP from the Bulgarian Socialist Party stated.