Bulgaria's Privatization Head Up in Defense of Bulgartabac's Sale 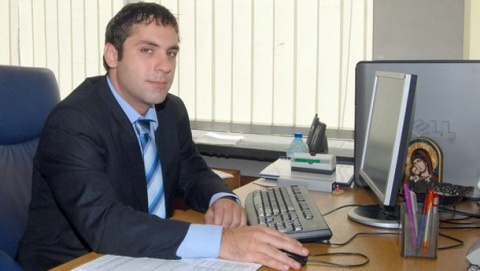 The sale of the Bulgarian state-owned tobacco company Bulgartabac to Russian state bank VTB is favorable for Bulgaria, according to the head of Bulgaria's Privatization Agency Emil Karanikolov.

Karanikolov has defended in Parliament the decision made by his institution to approve the sale of Bulgartabac for EUR 100.1 M to BT Invest, a firm registered in Austria by the bank owned by the Russian government.

On Monday it became clear that BT Invest – the only entity to make it to the final stage of the privatization tender – offered a price of EUR 100.1 M for the purchase of 5 881 380 shares, which are 79.83% of Bulgartabac's capita or EUR 100 000 above the minimum asking price set by the Privatization and Post-privatization Control Agency.

"We spoke to our consultant (i.e. Citigroup – editor's note) today. The price that has been offered corresponds to the value of the company. With Bulgartabac we are selling a business with commitments, not assets. And we are not selling all 100% of it. If we were selling the ownership or the assets, then we would not be requiring commitments, and we would be focusing on the price only," Karanikolov declared, as cited by BGNES.

He said the Privatization Agency would go ahead with the respective procedure. The contract with BT Invest is to be prepared by the Agency with a 15-day deadline, after which the document would be submitted for approval with the Governing Board. The latter has a 2-week deadline to announce its decision; then there are another 15 days for the two sides to sign the contract if the decision is favorable for the buyer.

Bulgaria's tobacco industry syndicates have already announced a protest against the sale of Bulgartabac to VTB, scheduled to take place on Friday.

"The syndicates in Bulgartabac demonstrated as soon as we announced the tender that they would oppose the privatization of the company till the very end. I understand their position. But I think that the Agency and the Supervisory Council have done their job – to preserve and develop the work of the company," Karanikolov stressed, adding,

"The most important thing for the unions is that we are preserving the business activity of both the parent company and its subsidiaries for the next 10 years. And the employees who are between 2 400 and 3000 are protected for a period of three years. The guarantee for preserving the business activity of the company is secured with its assets – properties and equipment."

The head of the Bulgarian Privatization Agency further rejected criticism that the privatization procedure had been drafted in a way excluding strategic investors. He believes that the pledge of BT Invest for buying a minimum annual quantity of Bulgarian-produced tobacco provides for quantities that are not insignificant.

Bulgaria's governments have been toying with Bulgartabac's privatization for the past 13 years; a procedure was first started in 1998 by the Kostov Cabinet. A privatization strategy for the holding was approved by Parliament in 2002 but what followed were two unsuccessful attempts to complete its sale to Tobacco Capital Partners and British American Tobacco.

Until January 2007, the Russian government held a 99.9% stake in VTB. Thereupon, at the World Economic Forum in Davos, its CEO announced that the government would retain a 50% + 1 share and privatize the rest of company shares.

At present the Russian government owns 75.5% of the bank via the Federal Property Agency, which has been repeatedly laying claims to assets of tobacco monopoly Bulgartabac Holding during the previous procedures for its privatization.

British American Tobacco, the only top-notch investor among the companies, which were expected to bid for Bulgaria's majority stake in cigarette maker Bulgartabac in 2011, withdrew from the tender once again, on August 1.