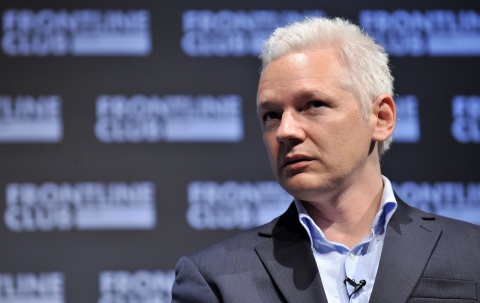 Wikileaks founder Julian Assange is pictured in conversation with Slovenian philosopher Slavoj Zizek (out of picture) during an event in London, Britain, 02 July 2011. EPA/BGNES

The WikiLeaks anti-secrecy group has said that its main site was brought down by a cyberattack.

"WikiLeaks.org is presently under attack," the group claimed on its Twitter feed Tuesday. The site and the diplomatic cables posted there were inaccessible an hour later.

However, the website directed visitors to a mirror site, cablegatesearch.net, during the alleged attack. The group's main site is currently working.

The Wall Street Journal points out that the reported hacking occurred just hours after WikiLeaks was criticized by the US State Department over its recent massive release of leaked diplomatic cables. The leak was perceived as a serious threat to individuals named in the documents and to US national security.

"We continue to carefully monitor what becomes public and to take steps to mitigate the damage to national security and to assist those who may be harmed by these illegal disclosures to the extent that we can," State Department spokeswoman Victoria Nuland has told reporters.