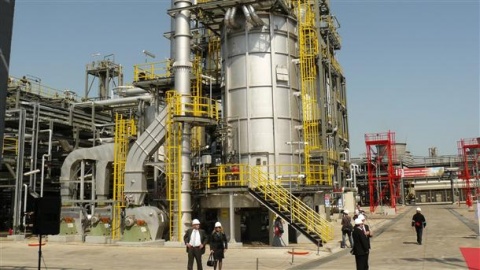 The Lukoil refinery (pictured) is the only one in Bulgaria. Photo by BGNES

The Sofia Administrative Court, SAC, is going to try Wednesday the two cases against the Lukoil Bulgaria company for the revocation of its license to operate excise warehouses.

The warehouses are located at the company's refinery in the Black Sea city of Burgas, which is the only one in the country, and the oil terminal Rosenets.

Until now the Court has only ruled that the refinery and the terminal can continue work while Lukoil is appealing the order of the Director of the Customs Agency, Vanyo Tanov, to revoke the license over the company's failure to install the mandatory electronic measuring devices.

If the magistrates decide Tuesday they have complete information on the case, they will have one month to issue a rule. But the trial will be postponed if there is not enough evidence.

The decisions of SAC will not bring the dispute to an end since they can be appealed with the Supreme Administrative Court, VAS.

The Lukoil saga emerged at the end of July when the Customs Head, Vanyo Tanov, issued an order to revoke Lukoil's license to operate excise warehouses over the company's failure to install the required devices within the deadline.

One the very next day, the Commission for Protection of Competition announced they are beginning a probe to find out if there is a fuel cartel on the Bulgarian market.

Last week, US Ambassador in Sofia, James Warlick, toured the refinery in the company of the Lukoil CEO, Valentin Zlatev, who announced the devices will be mounted at the terminal within 3 years while those at the refinery will be installed by the end of 2011.