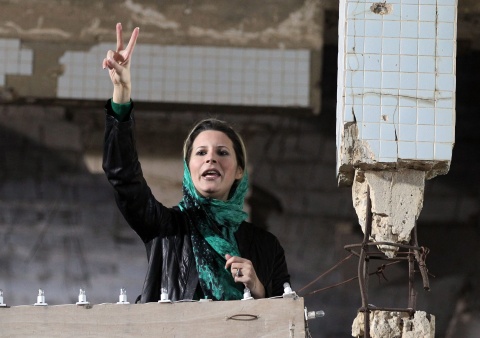 Algeria considers closing the southern part of its border with Libya, according to diplomatic sources cited by a local paper.

The possible move has been explained with the "dangerous situation" in Libya, according to the Algerian El Watan newspaper.

Meanwhile, Algeria's UN envoy Mourad Benmehidi has claimed.Algeria's decision to shelter the wife and three children of Libya's fugitive dictator Muammar Gaddafi was according to the "holy rule of hospitality" in the desert region,

Colonel Gaddafi's wife Safia, daughter Aisha and sons Muhammad and Hannibal crossed the border between Libya and Algeria early on Monday. They were all granted refuge in the country, which enraged the Libyan Transitional National Government.

A rebel spokesman called the move an "act of aggression against the Libyan people" and said they would use all legal means to compel them to return.

On Monday, representatives of Libyan rebels' Transitional National Council made it clear they would demand the repatriation of the Gaddafi family members in order to bring them to justice.

Algeria is yet to recognize the Transitional National Government as Libya's legitimate authority.

On Saturday, it was reported that the dictator himself might have fled to Algeria. However, his whereabouts are still unknown.