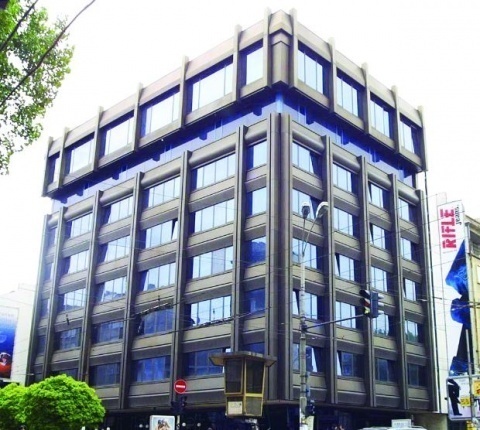 The headquarters of Bulgartabac Holding in downtown Sofia. File photo

Bulgaria's Privatization and Post-privatization Control Agency opened Monday afternoon the only binding offer for the sale of Bulgartabac as the deadline expired.

BT Invest's offers is now set to be reviewed by the privatization commission and the consultant on the deal – Citigroup. Bulgaria's authorities have vowed that if the offer does not meet the set requirements, the deal will not go through.

Russian media have reported that VTB is only acting on behalf of one of its clients which remains anonymous, and that it is going to sell Bulgartabac after it acquires it. The Bulgarian Privatization Agency has made it clear that it did not have additional information about bidder BT Invest other than what was announced publicly.

In the event that the consultant Citigroup and the privatization commission approve the sale, the deal is to be given a green light withing a week, and is then subject to approval from Bulgartabac's supervisory board.

Bulgaria's governments have been toying with Bulgartabac's privatization for the past 13 years; a procedure was first started in 1998 by the Kostov Cabinet. A privatization strategy for the holding was approved by Parliament in 2002 but what followed were two unsuccessful attempts to complete its sale to Tobacco Capital Partners and British American Tobacco.

Until January 2007, the Russian government held a 99.9% stake in VTB. Thereupon, at the World Economic Forum in Davos, its CEO announced that the government would retain a 50% + 1 share and privatize the rest of company shares.

At present the Russian government owns 75.5% of the bank via the Federal Property Agency, which has been repeatedly laying claims to assets of tobacco monopoly Bulgartabac Holding during the previous procedures for its privatization.

Back then Russia said it became owner of twelve Bulgartabac subsidiaries after WWII as part of reparations it received from Germany. Bulgaria was an ally of Germany during the war and Germans owned tobacco companies in Bulgaria then. In 1953 Moscow rented its Bulgarian tobacco assets to the communist cabinet in Sofia freely, but now says it has the right to claim assets in the company. In December 2002 Bulgaria officially responded to Russia's note, saying there are no legal grounds for Russia to claim Bulgartabac's property.

Three years later the issue popped up again, forcing British American Tobacco, which was selected preferred bidder for the main assets of Bulgartabac, to withdraw its EUR 200 M bid in frustration at the impasse caused by "the difficult political situation in the country".

British American Tobacco, the only top-notch investor among the companies, which were expected to bid for Bulgaria's majority stake in cigarette maker Bulgartabac in 2011, withdrew from the tender once again, on August 1.