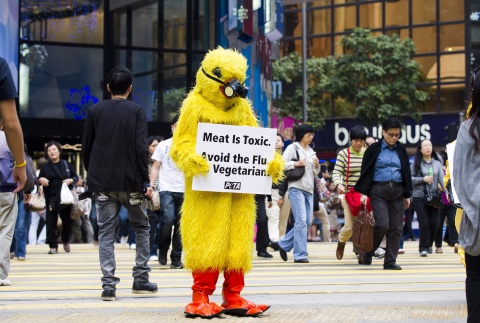 The United Nations has warned of a possible resurgence of the deadly bird flu virus, saying that a mutant strain is spreading in Asia.

A mutant strain of H5N1, which can apparently sidestep the defences of existing vaccines, is spreading in China and Vietnam, the U.N. Food and Agriculture Organization (FAO) said in a statement Monday.

According to statistics of the World Health Association (WHO), as cited by the Bulgarian Telegraph Agency (BTA), globally there have been 331 human deaths from 565 confirmed bird flu cases since 2003 when it was first detected.

At the peak of the epidemic in 2006, the virus was eliminated from the majority of the 63 countries it had spread to.

In 2008, however, a mutant strain of the deadly virus hit China and Vietnam.

The spread of the virus into Vietnam and China poses a direct threat to Cambodia, Thailand, Malaysia and Japan

Cambodia has registered a total of eight cases of human infection this year, all of which ended fatally, the last one occurring earlier in August.

FAO has cautioned that countries like Bangladesh, Egypt, India, Indonesia and Vietnam, where the virus is firmly entrenched, could face serious problems.

According to FAO, bird migrations over the past two years have brought H5N1 to countries that had been virus-free for several years, including Israel, the Palestinian territories, Bulgaria, Romania, Nepal and Mongolia.