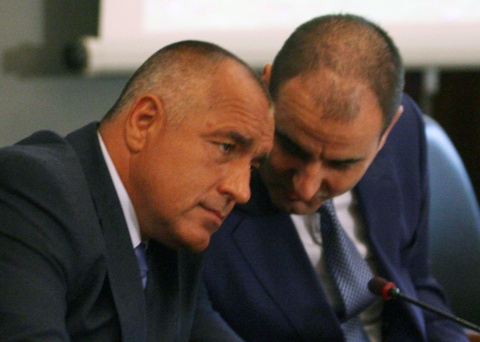 The ruling Citizens for European Development of Bulgaria, GERB, party is showcasing for the first time Sunday the renovated party headquarters in downtown Sofia.

The renovation works took six months, but the opening ceremony comes one week ahead of schedule – party leader and Prime Minister, Boyko Borisov, had said on several occasions the name of the GERB nomination to run for President on October 23 will be revealed on September 4 to coincide with the day the ruling party was going to show their new offices.

"I said we will announce the nomination on September 4, because we wish to first have an office. We still don't have one. I want to make the announcement at the party headquarters. This is the only right way to do it. This is when renovations will be over," the PM said earlier in August.

Borisov is attending the ceremony Sunday, along with his Deputy and Interior Minister, Tsvetan Tsvetanov.

It is expected meanwhile that in the beginning of the week, Tsvetanov, who is also the head of the GERB election campaign, will announce at the new headquarters another batch of the party's mayoral candidates. A total of 199 GERB mayoral nominations have been revealed so far, with 51of them in the month of August.