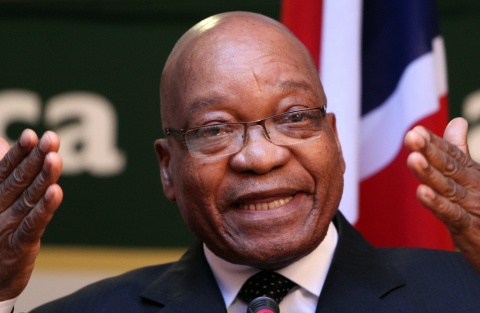 The African Union has called for "an all-inclusive transitional government" in Libya that would unite the rebels and members of Muammar Gaddafi's dictatorship.

The AU's position - which cames just as the Libyan rebels seem on the verge of crushing the regime of the discredited dictator - is notably different from that of the West in general, and of the Arab League, another major regional organization including Libya, which threw its weight behind the rebel government on Thursday.

It appears to reflect Gaddafi's strong positions on the African continent in light of his numerous calls for African unity after he abandoned an earlier passion for "Pan-Arabism" as well as his ties with fellow autocratic African regimes.

The AU decision, however, was not an easy one as the African Union security council took eight hours to decide not to recognise the Libyan rebels as the legitimate authority of Libya - reflecting the divisions in the body over the issue, a BBC correspondent in Addis Abeba has reported.

In its Communique, the AU Council also urged a ceasefire and a political settlement of the ongoing civil war in Libya at the African Union's emergency Peace and Security Council meeting in Addis Ababa Friday.

"If there is fighting, there is fighting. So we can't stand here and say this is the legitimate [government] now. The process is fluid. That's part of what we inform countries - whether there is an authority to recognize," South African President Jacob Zuma stated at the AU summit, explaining why the African Union would not recognize the Libyan rebels' Transitional National Council, as cited by Al Jazeera.

"The NTC forces are in the process of taking over Tripoli and they've claimed they've captured the city, but there's still fighting going on, those are the facts," SA President Zuma said in Addis Abeba, as cited by Bloomberg.

The AU has not changed its view even after rebels entered the Libyan capital on August 21 in a challenge to Gaddafi's 42- year dictatorship .

Some major African powers such as Nigeria and Ethiopia, however have already recognized the Libyan rebels.

A total of 20 of the 54 African Union members, including Libya's neighbors Egypt and Tunisia themselves swept by the Arab Spring revolutions earlier this year, have already individually  recognized the Transitional National Council.

South Africa, a current member of the United Nations Security Council, opposed the release of USD 30 B of frozen Libyan assets held in American banks to the rebel group unless the AU recognized them as the legitimate authority in the North African country.