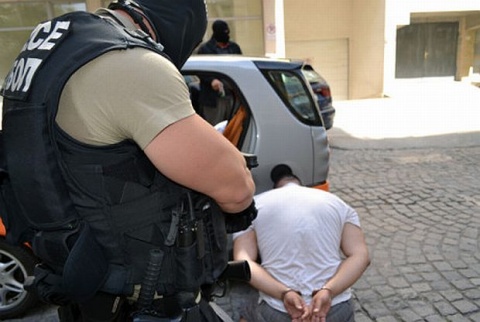 An investigative police officer has been the culprit behind halting the probe against rising Bulgarian drug lord, Hristo (Itso) Baykov.

The information was announced Friday by the Bulgarian news agency BTA, citing sources from the Prosecutor's Office.

It became known that the man had been detained previously on charges of drug trading and owning illegal weapons. The raid of his apartment yielded just one gas pistol, turning the probe only for illegal drugs possession and leading to the decision of the police investigator to terminate it on the grounds there had been no evidence Baykov was the owner of the drugs. The prosecutor had agreed with the policeman and had changed the investigation into one against an unknown perpetrator.

The latest arrest on Thursday was on charges of extortion of a businessman. The Regional Prosecutor's Office informs they expect to receive the documentation on the case any time now. Baykov was detained with 3 other individuals.

Meanwhile, in a Friday interview for the TV channel bTV, Deputy Prime Minister and Interior Minister, Tsvetan Tsvetanov, said if there was any police cover-up for Baykov it had been on the level of a district precinct only, and vowed strong sanctions against any policeman involved in it, upon collection of sound evidence.

Tsvetanov did not miss the occasion to launch a new attack on the judicial system, saying when individuals like the latest Sofia drug kingpin are being detained with narcotics and illegal weapons, the swift reaction on the part of the Court is a must. However, when asked explicitly by the host if he was throwing stones at magistrates, the Minister firmly denied such claim.