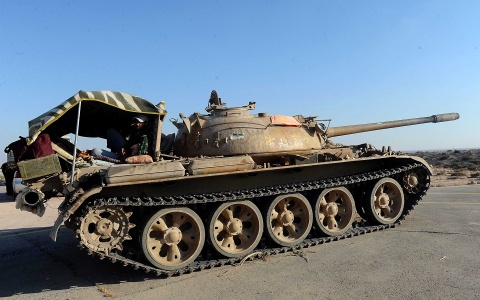 Libyan rebel fighters rest in a makeshift tent on the back of a captured tank at a checkpoint near Ras Lanuf, east of Tripoli and Sirte, Libya, on 25 August 2011. EPA/BGNES

The fugitives are allegedly Libyan Al Qaeda members, who were handed over to the former Libyan government by Iraq, Afghanistan, Somalia and other countries, the El Khabar daily says, citing security sources.

It is also reported that such terrorists have ended up joining the armed rebel forces in Libya. "This situation increases Algeria's suspicions that jihadists prevail within the armed opposition in Libya," the paper reckons.

Algeria has an approximately 1000 km-long border with Libya but has not recognized the National Transitional Council yet.

"A variety of factors within Algeria's policy on foreign affairs and security call for waiting a more appropriate moment to take this decision," according to El Khabar.