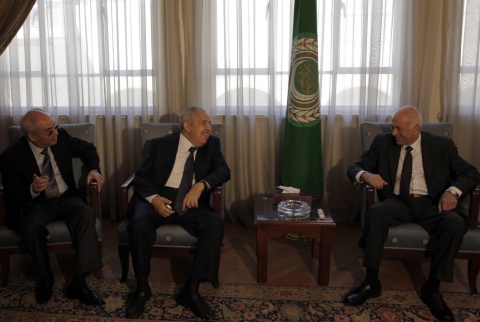 The Arab League has recognized Libya's rebel-led National Transitional Council (NTC) as the legitimate governing body of the country.

"We agreed that it is time for Libya to take back its legitimate seat and place at the Arab League. The NTC will be the legitimate representative of the Libyan state," the League's Secretary General Nabil Elaraby told reporters in Cairo on Thursday, as cited by BBC.

The Arab League also insisted that it was time for Libya to take back its permanent seat on the League's council.

Abdelmoneim el-Houni, a representative of the rebel forces, said Libya would renew its Arab League membership at a meeting of Arab ministers scheduled for Sunday.