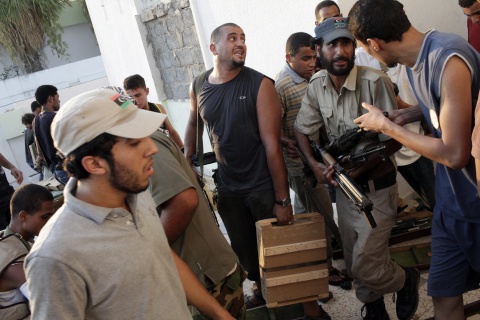 A gang of armed robbers has attacked the South Korean ambassador's residence in Tripoli, stealing televisions and other gadgets.

About 30 rioters stormed the residence building in the Libyan capital on Tuesday evening (local time) where two or three local employees were working at the time, but no one was injured in the looting, Korean news agency Yonhap reported, as quoted by BBC.

Foreign Ministry spokesman Cho Byung-jae said that "the situation in Libya has recently entered its end phase," pledging that South Korea will actively support the NTC to help the Libyan people "achieve political stability and peace, and to establish a free, democratic country."

South Korea has said it will provide substantial humanitarian assistance to the government-in-waiting in Libya and has announced plans to participate in a meeting of the international Contact Group on Libya next month to discuss with other nations about additional assistance for the Libyan rebels.

Thirty-two nations and seven international organizations, including the European Union and the North Atlantic Treaty Organization, are members of the group, which was established with the aim of coordinating international efforts to map out Libya's future.