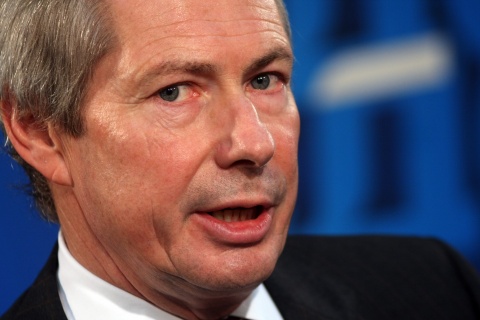 American Ambassador in Sofia, James Warlick, says the views of his predecessor James Pardew do not reflect the official US government stance. Photo by BGNES

US Ambassador in Sofia, James Warlick, disassociated from his predecessor, James Pardew, who declared that since 2002 there is no change in the situation in Bulgaria, especially in the fight against organized crime.

"Bulgaria looks like a big political theater to me. Your leaders are making lots of noise, sound tough, but in reality do nothing. At one moment they declare themselves to be winners and pass over to the other issue," James Pardew, former US Ambassador to Bulgaria (2002-2005), said in a recent interview, speaking for the Bulgarian Trud (Labor) daily

The current US Ambassador to the country, cited by Darik radio, said Padew's opinion is not official since he is no longer in office and is the one of a private citizen.

"Let's just say that he is now a private citizen and does not represent the views of the US government," said Ambassador Warlick.

James Pardew was the first American Ambassador, who warned in secret cables to the US State Department, released by the whistle-blowing site WikiLeaks, that Bulgaria is highly ineffective in the fight against organized crime and political and other corruption.