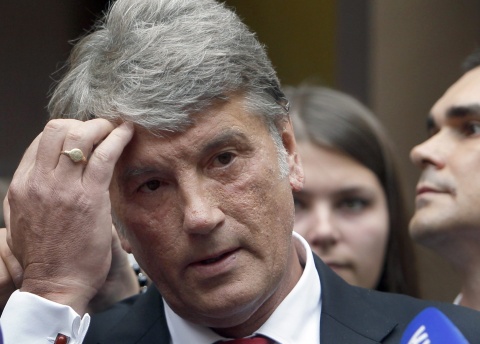 Former Ukrainian President Viktor Yushchenko has testified against his ex Prime Minister and former ally Yulia Tymoshenko in the latter's trial over a 2009 natural gas deal with Russia.

The pro-Western Yushchenko, who lost the 2010 presidential elections to his adversary Viktor Yanukovich, started his testimonies in Tymoshenko's trial Wednesday in Kiev by saying that the ex PM refused to make a deal with Russia for a price of USD 250 per 1000 cubic meters of natural gas, and later agreed on a deal for USD 450 per 1000 cubic meters of natural gas, as cited by local media.

Yushchenko said he had asked Tymoshenko not to attend the Moscow gas summit in 2009 and she agreed. However, later Tymoshenko headed to the event and struck a deal with Gazprom to buy gas for USD 450 per 1000 cubic meters. A 20% discount later brought down the price to USD 360, RIA Novosti points out.

"This was a shock for me," Yushchenko said, adding that he believes that Russia should sell gas to Ukraine for USD 200 per 1000 cubic meters.

He believes that Tymoshenko agreed to maintain Russia's energy yoke on Ukraine that threatens the existence and security of the Ukrainians.

In his words, Tymoshenko did not need to make a gas deal with Russia immediately.

"We had 24 billion cubic meters of gas in stock, enough to provide the whole country with gas until May," the Ukrainian ex-leader said in the courtroom, when asked about the deal, struck in early 2009.

According to Yushchenko, Tymoshenko did not even provide him with the text of the agreement that she made with Russian Prime Minister Vladimir putting, and that he became aware of its provisions from a copy that was faxed to him by an anonymous source.

The ex President did say that it would be "impossible to establish the truth" without Putin and Miller, as cited by RIA Novosti. Both men were involved in 2008-2009 gas talks with a Ukrainian delegation led by Tymoshenko.