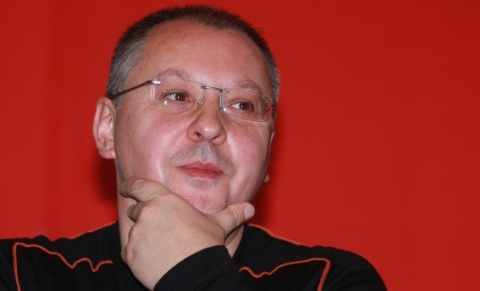 Sergey Stanishev, Bulgaria's former prime minister and leader of the opposition Socialist Party, relinquished his immunity as an MP in order to facilitate the proceedings in the trial against him. Photo by Sofia Photo Agency

Sergey Stanishev, Bulgaria's former prime minister and leader of the opposition Socialist Party, who was charged last year over the leak of a classified report on organized crime, should be punished with a fine, prosecutors have said.

Prosecutors say the former prime minister is guilty of losing seven confidential documents, which he has received personally and has signed.

The indictment was tabled to the court more than a year after Stanishev was officially charged amid lots of media fuss.

Because of his clear criminal record the prosecutors have proposed that Stanishev is not tried in court and is imposed a fine, which may range between BGN 1,000 to BGN 5,000.

There have been suspicions that the alleged concealment of the confidential documents, which triggered the investigation against him, was a plot hatched by Stanishev himself in a bid to escape prosecution.

Late in October 2009 Stanishev was questioned over the concealment and leaking of the classified report, but denied any wrongdoing and described the case as provocation and undue use of "pressure".

He was officially charged in July 2010.

The contentious year-old top secret report by the National Security Agency (DANS), which sheds light on the influence of criminal organizations within certain ministries and state agencies, was mysteriously handed over to Prime Minister Boyko Borisov by notorious security agent Aleksei Petrov at the end of October and was unofficially published online days after.

Stanishev claimed he properly returned the report to DANS, as required by law. He also relinquished his immunity as a MP, in order to facilitate the proceedings.

In 2005-2009, Sergey Stanishev was the Prime Minister of Bulgaria leading a Cabinet of a three-way coalition made up of his Socialist Party, the ethnic Turkish Movement for Rights and Freedoms (DPS), and the National Movement for Stability and Prosperity (NSMP) of former Tsar and PM Simeon Saxe-Coburg.