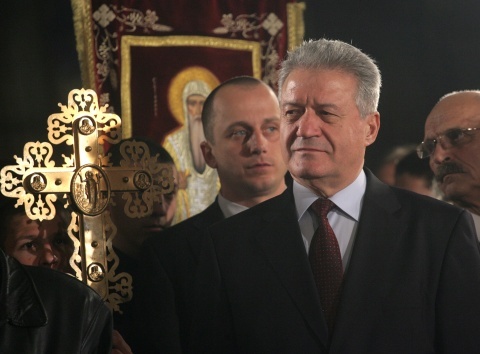 General Angel Marin has been Bulgaria's Vice President since 2002. Photo by BGNES

The data was published by the Bulgarian Sega daily, which requested the information from the Main Directorate "Execution of Punishment" under the Access to Information Act. The decrees have been signed by Marin after Parvanov transferred to him the right to pardon inmates.

According to Bulgaria's Constitution, the President has the right to delegate some of his duties to his VP, something Parvanov did for Marin regarding the right to give amnesty.

The pardoned criminals include people, who have committed very serious crimes such as murders, abductions, and armed robberies, according to the daily.

The Directorate had declined to give detailed information on the exact crimes committed by the pardoned individuals. It is only known that 209 had committed serious crimes including murder, physical attacks, abductions, pimping and human trafficking; 150 have been involved in theft, robberies and fraud;  6 have been sentenced for tax and finance crimes such as money laundering, tax evasion, and abuse of EU funds; 4 – for crimes against the Customs' regime, 46 – for crimes against human health and the environment; 7 – for transport and communication crimes which include traffic accidents and DUIs; 1 – for crimes endangering the public (arson and explosions), and 1 has been in jail for a military crime.