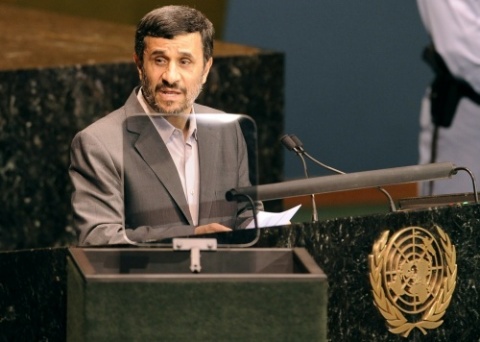 Nuclear weapons are a thing that belongs to the past century and must be left in the past, stated Iranian President Mahmoud Ahmadinejad.

Ahmadinejad was speaking for a Russian TV channel ahead of a visit of Russian Security Council Secretary Nikolai Patrushev to Tehran.

Russia has embarked on a new effort to renew talks between Iran and Western powers regarding Iran's nuclear program.

The official position of Iran is that it has no intentions whatsoever to develop nuclear weapons, and that their program is wholly peaceful and energy-oriented.

"Nuclear weapons belong to the past century," said the Iranian President, adding "If a country attempts to create an atomic bomb, then it is just wasting time and resources."

This is one of the most resolute rejections on the usefulness of developing nuclear weapons on the part of Iran.