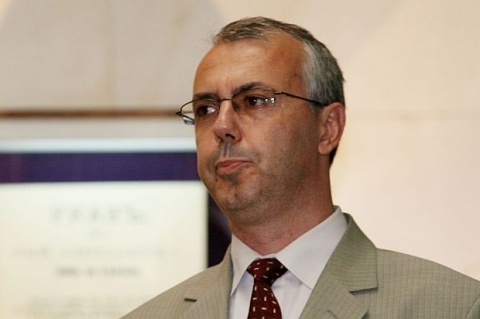 The Interior Ministry will no longer accept donations from private businesses and individuals after the institution's head, Tsvetan Tsvetanov, signs an order in the beginning of next week.

The few exceptions will include the local municipalities and some State-owned companies, Deputy Interior Minister, Veselin Vuchkov, announced Friday.

"We will have radical developments in the issue Monday or Tuesday, after the Minister returns from vacation. This practice has many moral deficits. It would be, however, acceptable to allow municipalities to continue to "encourage" local police precincts with fuel, but destined only for patrol cars. We can think of 2-3 more such exceptions, but no more – like institutions similar to the Interior Ministry, or services from abroad to donate technical equipment under special clauses," Vuchkov said Friday.

Vuchkov further reported Friday that by the end of the year amendments to the Interior Ministry Act will be submitted with the Parliament, aiming at reducing cases of police brutality.

The Deputy Interior Minister promised improvement of the conditions in Bulgarian prisons and other detention facilities.  He presented the new building of the Sofia Directorate of the Unit for Combatting Organized Crime, where there are modern interrogation rooms, prison cells, and specially equipped places for storage of evidence. Investigators have received over 1 000 new computers while thousands more are to get them in the near future.