Arrest for Owner of Bulgarian Company Implicated in Online Scam 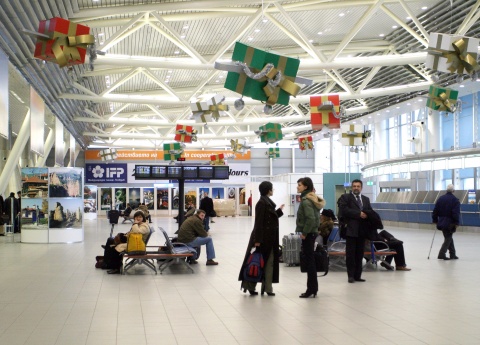 The owner of the company accused of masterminding the first ever online group shopping scam in the country has been arrested at the Sofia Airport. File photo

Georgi Hristov, owner of the Bulgarian Euro Holidays company, which defrauded 225 Bulgarians in the first ever case of online collective shopping scam, has been arrested at the Sofia International Airport.

Police initially had information they were to wait for him at the airport in the Black Sea city of Burgas where he was scheduled to arrive on a flight from London. After he did not appear, police notified their Sofia colleagues, leading to the arrest at the Sofia airport.

Hristov is currently being questioned by the police in the second largest city of Plovdiv.

According to media reports, the listed owner of Euro Holidays, Georgi Hristov, is a Bulgarian Roma, who until recently lived on welfare. The company was sold to him in April and it is believed he has been used as a dummy.

Another individual, who was believed to be part of the scam, Georgi Vladimirov, was questioned by the business police Thursday and later released. Investigators say he had participated at a very low level, but Vladimirov, who went to the police voluntarily, firmly denies any involvement.

It is expected that later Friday, the Plovdiv Prosecutor's Office will request to keep behind bars Venelin Kachakov – financial director of Euro Holidays. He was the first one to be detained in connection with the case. Kachakov, who is among the top Plovdiv functionaries of the ruling Citizens for European Development of Bulgaria, GERB, party, is charged with large-scale fraud. GERB now say they want him to be expelled from their ranks.