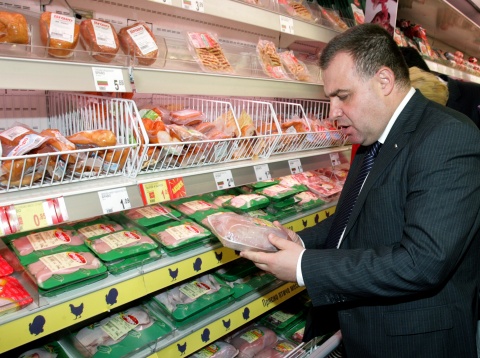 Retail chain Billa Bulgaria has refuted allegations that it returns food products with expired sell-by dates to their manufacturers or to warehouses.

"The Billa chain of stores returns products of animal origin past expiration date to the rendering plants in Varna and Shumen and to the Eurofrigo company", Billa Bulgaria representatives announced Thursday.

The supermarket chain insisted that it had returned a total of 360 tons of expired products to rendering plants since the beginning of the year at its own expense.

It aslo informed that the expired food items were set aside in supplementary coldstores until the rendering plants were ready to accept them.

Billa Bulgaria went on to highlight the problem of the lack of a rendering plant in Sofia, which allegedly forced a number of small-scale grocery
stores to dispose of expired animal-origin products in household waste containers.

The Thursday media statement came in response to a Tuesday reportage of the Bulgarian National Television (BNT) showing Billa return return chicken meat to the producer and to warehouses.

The practice has been banned by the veterinary authorities on the grounds of breaking the traceability chain of food products.

Billa Bulgaria explained the BNT video with a mistake of an employee who had failed to use the proper application form and would be subjected to disciplinary action over the matter.

The state-owned TV channel aired a second reportage on the topic showing other chains of stores, including Fantastico, return expired chicken meat to producers/warehouses.