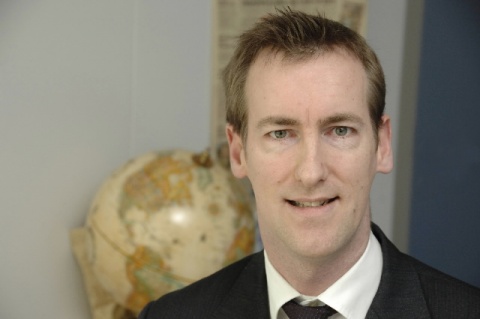 EC Spokesperson Mark Gray has sided with the criticism of the practice of the Bulgarian Interior Ministry of accepting donations. Photo by ec.europa.eu

The European Commission criticized the Interior for accepting donations from natural and legal persons in its July 20 report on Bulgaria under the cooperation and verification mechanism.

"This practice casts doubts over the independence of police investigation", EC experts noted, vowing to keep track of the developments in the sphere.

"We have not yet received a letter stating Bulgaria's explanation about the critique contained in the last EC report regarding donations to the Interior Ministry. However, we will read the document the utmost attention as soon as it arrives", Gray went on to explain.

In the meantime, Interior Minister Tsvetan Tsvetanov told journalists that he intended to issue an order banning all donations to the Interior as of September 01 by the beginning of next week.

Tsvetanov initially refused to admit that the practice was reprehensible, saying that the Interior had not entered into any commitments in exchange for the donations which were thank-you gifts for a job well done.

Amid pressure from Prime Minister Borisov and Finance Minister Djankov, Tsvetanov changed his stance on the matter, pledging to gradually phase out donations, starting with contributions made by natural persons.

On Wednesday it emerged that the Bulgarian Interior Ministry had acquired voluntary in-kind contributions (fuel, technical equipment, etc) worth a total of BGN 3 623 811 for the first six months of 2011, together with a sum of BGN 247 000.

The Interior tried to downplay the scandalous findings by saying that it had predominantly absorbed EU funds which amounted to BGN 15 270 925 for the above period.