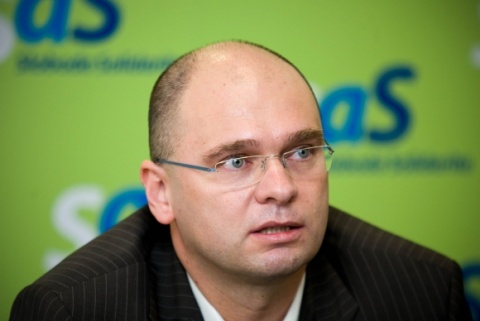 The assumption of sovereign debt of financially weaker euro zone countries is turning the European Union into "a Soviet Union," according to Slovakia's Parliament Speaker Richard Sulik.

Sulik has criticized the EU/euro zone measures to counter the sovereign debt crises of the southern EU member states and Ireland, saying they are turning the political alliance into a "debt union."

"This is like the Soviet Union. But we have never joined such a union. No one before our (EU) accession referendum ever told us that Slovakia should now pay billions upon billions for Greek pensions and Italian I-don't-know-what,' he said, as cited by DPA.

Sulik's remarks came Tuesday in response to a call by Prime Minister Iveta Radicova Monday evening for greater action on the euro debt crisis, even though Radicova had herself been critical of the euro rescue schemes.

"It is now no longer a matter of individual countries, but the stability of the common currency," she has argued.

Slovakia, which became the 16th euro zone member before Estonia joined in 2011, has been a staunch critic of the rescue schemes for indebted countries, especially Greece. Slovakia's politicians and society generally feel it is unfair for them to contribute to the bailout of richer euro zone members such as Greece.

DPA stresses that the Slovaks also point to their own fiscal record, rescuing their own most important state-owned banks without any foreign help a decade ago, an effort which cost the country 12 per cent of its gross domestic product. Now, with a national debt of 40 per cent of GDP, Slovakia is one of the most financially sound countries in Europe.