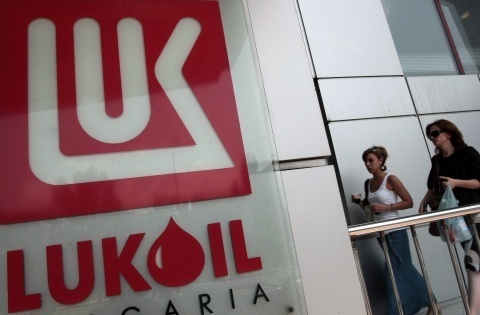 Bulgaria's Neftochim, controlled by Russia's giant Lukoil, is the only oil refinery in the country. File photo by Sofia Photo Agency

"The gas cut-off [in the winter of 2009] has reinvigorated Bulgarian efforts to diversify away from Russian energy sources.  We are urging Bulgaria to think big," former Ambassador Nancy McEldowney writes in a diplomatic cable, entitled "Bulgaria - digging out of the energy hole".

She mentions talks about the construction of a new, mid-sized oil refinery to compete with Lukoil's Neftochim refinery and a new oil storage facility and says the embassy will urge US company involvement as well as US technical assistance through USTDA and other USG entities.

Reporting the events on the seventh day of the gas crisis, which dealt a heavy blow to Bulgaria, Ambassador McEldowney comments that the cut-off has exposed the vulnerabilities and short-sightedness of Bulgaria's Russia-centric energy policy.

"Nearly 100 percent dependent on Russia for its gas, oil and nuclear fuel, Bulgaria is clearly under Moscow's thumb.  We are urging senior government officials to seize this crisis as an opportunity to dig the country out of its energy hole."

The envoy recommends that the Bulgarian government increase transparency; eliminate intermediaries; boost diversity of supply; and make Bulgaria a renewables and efficiency powerhouse.

The diplomatic cables surfaced just days after Bulgaria's Neftochim, the only oil refinery in the country, controlled by Russia's giant Lukoil, reduced crude processing and came close to effectively stopped production after the customs office revoked its licenses.

The case however is widely regarded in Bulgaria as a PR-stunt, masterminded and rolled out by Prime Minister Boyko Borisov and Valentin Zlatev, General Director of Lukoil Bulgaria, often described as "the country's back seat ruler".