WikiLeaks: Bulgaria - Digging Out of the Energy Hole 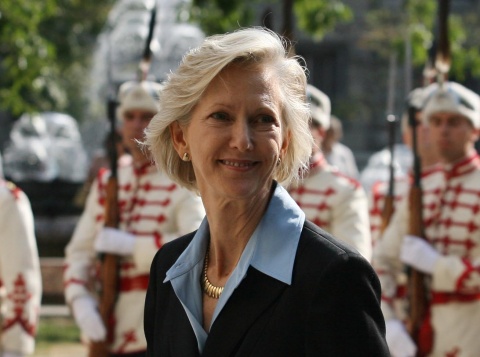 Diplomatic cables of the US embassy in Sofia, dated 12/01/2005, has been revealed on WikiLeaks and provided to the project for investigative journalism www.bivol.bg, bringing out new details about the country's energy sector.

SUBJECT: BULGARIA:  DIGGING OUT OF THE ENERGY HOLE

Classified By: Ambassador Nancy McEldowney for reasons 1.4 (b) and (d).

The total gas cut-off, now in its seventh day, has exposed the vulnerabilities and short-sightedness of Bulgaria's Russia-centric energy policy.  Nearly 100 percent dependent on Russia for its gas, oil and nuclear fuel, Bulgaria is clearly under Moscow's thumb.  We are urging senior government officials to seize this crisis as an opportunity to dig the country out of its energy hole.  Our message is four-part:  increase transparency; eliminate intermediaries; boost diversity of supply; and make Bulgaria a renewables and efficiency powerhouse.

2.  (C)  Exactly one year ago in Sofia, President Parvanov and President Putin kicked off "The Year of Russia in Bulgaria," sealing the two countries' energy partnership with the signing of a "grand slam" of big-ticket energy deals including South Stream, Burgas-Alexandroupolis, and the Belene Nuclear Plant.  At the time, the Socialist-led government never believed Russia would turn off the spigot. What a difference a year makes.  We are urging the Bulgarians, both senior officials and private advisers, to seize the opportunity offered by the Russia-Ukraine gas dispute to get out from under Russian energy dominance. Russian interests and the rent-seekers who feed on Moscow-linked energy deals will resist, but a window of opportunity has opened.

Transparency: The Bulgarian energy sector is a murky morass of Russian-connected insiders and parasitic rent-seekers. Shining a light on the players and deals will allow the government and public to make market-based deals that are in the public interest.  At our invitation, on January 14 the Extractive Industries Transparency Initiative will brief Bulgarian Energy Holding Officials and NGOs on ways to bring transparency to this sector.  We are also urging transparency in the ultra-secret contracts Bulgaria has with Gazprom and its intermediaries as well as clarity in public procurements for large energy projects such as the Belene Nuclear Power Plant.

Intermediaries: Gazprom has so far insisted on using Gazprom-owned or affiliated intermediaries to sell gas to Bulgaria.  They take a cut of the action, increasing consumer prices and creating tax headaches for Bulgargaz.  They also protect Gazprom in the event of a cut-off, as the Bulgarians have come to realize over the past week.  We are urging the elimination of these unnecessary intermediaries as Bulgargaz begins negotiations for a new long-term gas supply contract to replace current supply contracts that are set to expire in 2010 and 2012.

Diversification: While the Stanishev Government still supports South Stream, the gas cut-off has reinvigorated Bulgarian efforts to diversify away from Russian energy sources.  We are urging Bulgaria to think big.  They will continue to support Nabucco, pursue a hook-up to the Turkey-Greece-Italy interconnector, a hook-up to the Romanian gas transmission network, an LNG terminal in the Aegean, and an expansion of the Chirin gas storage facility.  Others are talking about construction of a new, mid-sized oil refinery to compete with Lukoil's Neftochim refinery and a new oil storage facility.  We will urge U.S. company involvement as well as U.S. technical assistance through USTDA and other USG entities.

Renewables and Efficiency: The gas cut-off is a wake-up call for Bulgaria to rely on indigenous, renewable resources including wind, hydro and solar.  We are encouraging Bulgaria to double currently-offered incentives to develop and use renewable energy.  Bulgaria remains the least energy-efficient economy in the EU.  We are urging the government to put in place new incentives to make soviet-era heavy industry and large apartment blocks more energy efficient.

Our message is simple:  the gas crisis has given the government the opportunity -- and a brief window -- to discuss and implement projects and ideas that were impossible only a month ago.  We are pushing them to bring real change to the way Bulgaria does energy.  If the government comes up with the goods - an innovative strategy backed up by political support and financial resources - the potential benefits are profound.