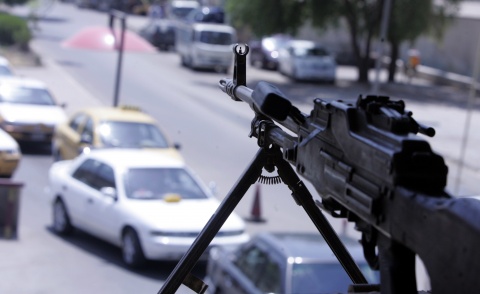 In 2010, Bulgaria acted as a mediator in an arms deal between Serbia and Cambodia for 50 T-55 tanks, according to the updated UN Register of Conventional Arms (UNROCA).

The Serbian tanks were first delivered to Bulgaria, from where they were re-directed to Cambodia, Bulgarian Dnevnik daily reported Tuesday.

Bulgaria exported a total of 143 mortars of 81-120mm caliber to Uganda and Yemen.

At the same time, Bulgaria bought 5 Wildcat armored combat vehicles from Israel in 2010.

According to UN data, by January 01, 2011, the Bulgarian Army had a fighting equipment consisting of 564 battle tanks, 738 armored fighting vehicles, 1161 heavy-caliber artillery systems , 57 combat aircraft and 19 military helicopters, of which 184 artillery systems had been earmarked for export.