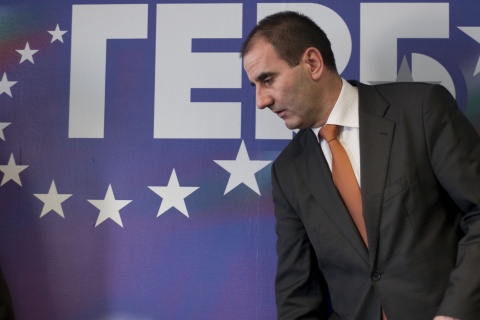 Bulgarian Interior Minister Tsvetan Tsvetanov dismisses accusations of concealing the list with the names of companies and people who have made donations to his institution as a smearing election campaign. Photo by BGNES

The statement was made by Deputy Interior Minister, Dimitar Georgiev, regarding an investigative report of the Bulgarian Sega daily which claims the Ministry had received, just in the second quarter of 2011, BGN 9 M in donations.

Georgiev, who is scheduled to hold a special press conference Tuesday to give an account of the revenues of the institution, explains that out of the nearly BGN 4 M, BGN 3 623 811 were donations such as fuel or consumables while the cash amount is under BGN 250 000 with most of the money coming from municipal or State administrations.

For the first half of 2011, the Ministry had received BGN 15 270 925 from EU funds, but the money has been listed as donations, Georgiev explains and assures all donors are subject to careful and detailed checks and have to sign a declaration that they don't have a criminal record.

The donation registry of the Ministry will be active in October, the Deputy Minister promised.

"The Institution is working on limiting the donations. Minister Tsvetanov personally ordered it. And we aim at limiting donations from individuals," Georgiev concluded.

According to the Sega report, police donors include people under investigation, such as companies of energy mogul, Hristo Kovachki, who has a suspended sentence for tax evasion. At the time Finance Minister, Simeon Djankov, said the Interior must return the money received by donors with murky image.

The European Commission condemned the corrupt practice in its report on Bulgaria under the cooperation and verification mechanism, causing Prime Minister Borisov to pledge that the occurrence would be eradicated. In an interview last week, however, Tsvetanov specified that donations would be phased out gradually, rather than rooted out at once.