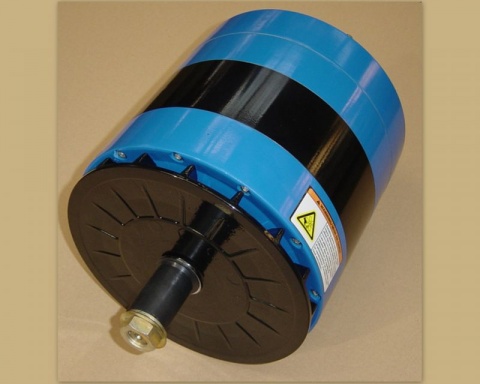 The testing of the high power alternator DEA 500 produced by "Dynamo" Sliven. Photo by new.sliven.net

The "Dynamo" factory in the Southern Bulgarian city of Sliven, a leading producer in the automotive and machine-building industries, plans to invest over BGN 0.5 M to boost production capacity and meet the high requirements of the market.

A new phosphate coating line is scheduled to go online in August, marking the completion of the first stage of the plant's investment program for 2011, according to a media statement of the company.

The second stage will include the introduction of a fully-automated production line for galvanic coatings, as well as purchasing CNC metal cutting equipment.

The company will use its own funds to implement the investment program.

Currently "Dynamo" sells over 90% of its production on international markets outside the EU - the US , Russia and Ukraine.

"Dynamo" has boasted that its "brushless alternator" type DEA 450 has been a real breakthrough for the factory as it has become an integral part of the production of transport equipment for the US Army because of its advantages to analogical products.

Half of the output of the Sliven-based plant is used for primary integration in motor vehicle manufacturing, while the remaining half goes to the so-called aftermarket of auto parts.

"Dynamo" has reported a growth in orders in the aftermath of the automotive industry crisis.

The latest investments of the plant constitute a response to the expanding market needs in the sphere.