Sofia with Most Beautiful Downtown Metro Stations in Europe 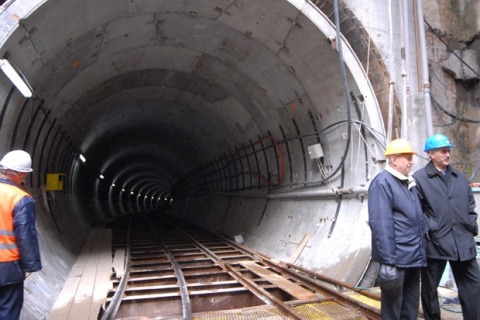 The pilot train runs on the second metro line in Sofia are scheduled to begin in March 2012. File photo

Bulgaria's capital Sofia will have some of the most beautiful downtown metro stations in Europe, according to Head of the Sofia Metropolitan Company, Stoyan Bratoev.

The subway stop near the National Palace of Culture will have on display inside a replica of the building and all downtown stops will be in line with the city's historical center.

The station under Lavov Most (Lions' Bridge) will have bas-reliefs of the lions. The one under the Maria Louisa Boulevard, near the current central Serdika metro stop, is still being planned over the large number of precious archeological finds revealed during construction works that will be on display.

The stations' architectural design is going to be finished by the end of the year while everything is to be installed by the end of March 2012 when pilot train runs will begin.

The exact route of the third subway line is going to be known in September with 5 versions being considered. The subcontractors are said to favor the one from Vladimir Vazov Boulevard to Orlov Most (Eagles' Bridge) to the National Palace of Culture, the Medical Academy, Bulgaria Boulevard with the last stop being in the Ovcha Kupel district.