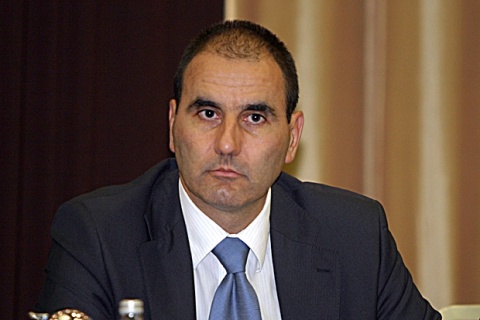 Bulgarian Interior Minister Tsvetan Tsvetanov is accused of concealing the list with the names of companies and people who have made donations to his institution. Photo by BGNES

The Bulgarian Interior Ministry has set a new record of donations, collecting another BGN 9 M in the second quarter of 2011.

The new funds, received under the form of donations from the country and abroad, collected on the backdrop of a global crisis, bring the total amount for the first half of the year to BGN 15.5 M with BGN 6.5 M from the first quarter of 2011, the Bulgarian daily Sega writes.

The Ministry, however, has way more revenues to boast, according to the article – revenues from State taxes in the first six months have reached over BGN 16 M with only BGN 7 M collected during the first quarter. The sum of collected fines, sanctions and penalty interest is estimated at another BGN 3 M with the Interior Ministry stating their ambition to collect close to BGN 5 M by the end of the year.

"With this speed Interior Minister Tsvetan Tsvetanov's people will be able to enjoy higher salaries by the end of the year," the article explains.

According to an investigative report of the daily and the TV channel bTV, the Interior Ministry has over 4 000 contracts for donations all over the country – local businesses, individual businessmen, and other people for the supply of fuel, consumables, cash and others. Some of the donors are people who have broken the law and are under investigation.

Tsvetanov continues to conceal the donors. Three months ago a link had been provided on the official site of the Ministry to take visitors to a list of donors, but it remains inactive, according to Sega.

The European Commission condemned the corrupt practice in its report on Bulgaria under the cooperation and verification mechanism, causing Prime Minister Borisov to pledge that the occurrence would be eradicated. In an interview last week, however, Tsvetanov specified that donations would be phased out gradually, rather than rooted out at once.