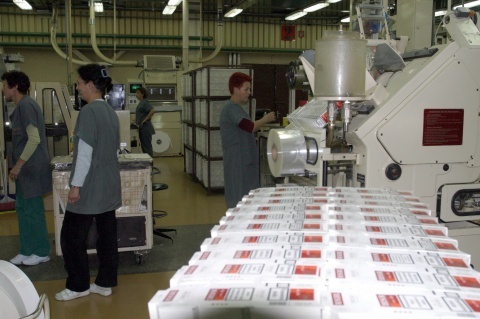 Speculations over the identity of the sole bidder for Bulgaria’s former tobacco monopoly Bulgartabac have ranged from local key players to Russian tycoons. Photo by Sofia Photo Agency

A Russian tycoon and member of parliament stands behind the sole and veiled in mystery bidder for Bulgaria's state-owned tobacco giant Bulgartabac, according to reports.

Ivan Savvidi, one of the wealthiest Russians and a member of parliament, closely linked to former President and current Prime Minister Vladimir Putin, is the potential buyer of the Bulgarian cigarette maker, Capital weekly reported over the weekend, citing well informed sources from the tobacco industry and the executive power.

Savvidi owns Rostov tobacco company Donskoy Tabak, a subsidiary of Rostov-based Agrokom Group, which was in the past among Bulgartabac business partners.

The company's press office has firmly denied the report and has stressed that in his capacity of member of parliament Ivan Savvidi does not have the right to develop business activities or take part in the privatization of the holding.

Russian authorities confirmed earlier this month that the country's second-biggest bank VTB plans the acquisition of a majority stake in Bulgartabac, but nobody in Bulgaria believes the bank is acting on its own behalf and on its own terms.

According to Russia media reports the bank will most probably resell the holding after winning the tender, which is the reason why it is not clear exactly who the bank represents.

British American Tobacco, the only top-notch investor among three companies, which were expected to bid for Bulgaria's majority stake in cigarette maker Bulgartabac, withdrew from the tender on August 1.

Under the rules of the procedure the companies have to place a deposit and submit binding bids no later than August 29, while the winner should be selected in September.

Even though only one bidder has remained, Bulgaria's privatization agency has said it will not scrap the tender and expect the company to submit its binding bid.

Analysts expect the offer to be low and not profitable for the state and have advised the government to nix the bidding procedure and open a new tender on new terms, which will be Bulgaria's sixth attempt to sell its former tobacco monopoly.