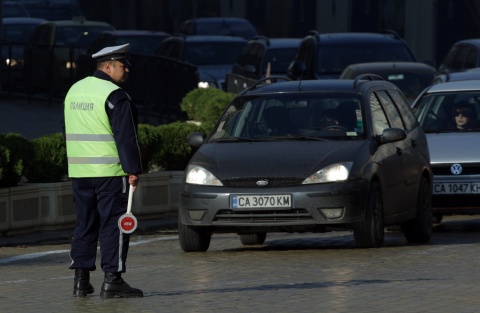 An invsetigative TV report revealed Bulgarian traffic police had a list of donors, who were supposed to be protected from traffic stops and sanctions. File photo

Bulgaria's Interior Ministry is set to file a Court claim against traffic police officer, Konstantin Ivanov, who revealed the umbrella policy of the institution towards traffic violations committed by its donors.

The information was reported by Ivanov in a Sunday interview for the Bulgarian National Radio, BNR, saying he learned about his former bosses intentions through a colleague and was prepared to prove his righteousness before the magistrates.

At the end of May 2011, an investigative report of the TV channel bTV revealed that the Interior Ministry has received over BGN 6.5 M in private donations for a period of three months. The donors list included a number of suspicious names, even individuals undergoing investigation.

The European Commission condemned the corrupt practice in its report on Bulgaria under the cooperation and verification mechanism, causing Prime Minister Borisov to pledge that the occurrence would be eradicated. In an interview last week, however, Interior Minister Tsvetanov specified that donations would be phased out gradually, rather than rooted out at once.

Ivanov said Sunday that the donors' list of individuals, who were protected from traffic stops and sanctions, had been prepared by a company that is not on the list, but had been helping the "Traffic Crimes" Unit in the last 8 years. He refused to state the name of the company.

The former police officer reiterated the Interior Ministry illegally disclosed information about his penalties, allegedly incurring over breach of job duties, by using his classified record.

In the case Ivanov had been demoted for police brutality, he actually applied necessary force, he says, since the man he stopped for a traffic violation had torn his traffic tickets book. The driver had a brother employed by the National Police Directorate and the incident caused tensions between the later and the Sofia Directorate of Interior Affairs, where Ivanov worked.

Regarding his sanction for taking part, along with 130 other police officers, in an "illegal rally against the cabinet of former Prime Minister, Ivan Kostov," Ivanov points out he did not participate at all and most of the accused others have been later reinstated at their jobs.