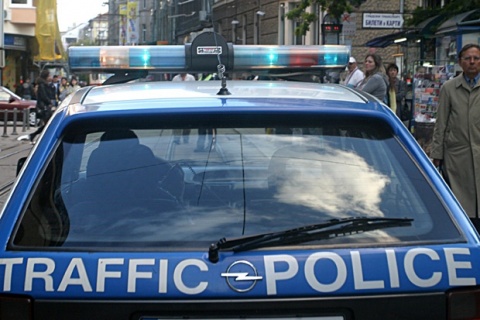 Bulgarian traffic police officers were found to have been given a "protected list" of cars owned by sponsors of the Interior. Photo by Sofia Photo Agency

Traffic Police officer Konstantin Ivanov, who revealed the umbrella policy of the Bulgarian Interior Ministry towards traffic violations committed by its donors, has been forced to resign after 20 years on the job.

Ivanov was pressured into stepping down after telling journalists from bTV about the notorious donors lost of the Interior.

"I have never made a secret of the fact that I plan to bring the matter into the light. Public interests have been seriously injured, and my job within the Interior first and foremost involves defending these interests. I have not forgotten where my paycheck comes from – I am paid by the Bulgarian citizens. I did what I believed to be my public duty", Konstantinov said Thursday in an interview for bTV.

Konstantinov told the committee investigating the corruption tip-off where, how, when and why he had been given the list of cars owned by sponsors of the Interior Ministry.

Out of a total of 150 policemen asked to write down what they know about the affair, only he and one colleague of his confirmed the report and disclosed further details, while the remaining police officers kept silent.

"Not only was I left alone against 150 people, I was also left alone against the state. They should not have left me alone. I would like to know what these men see when they look in the mirror each morning. Do they see honorable men or do they see something totally different? The entire system of the Interior is governed by fear", Konstantinov stated.

In his words, five disciplinary cases were opened against him after he reported the corrupt practice to the media, all of them involving minor or nonexistent irregularities.

The press office of the Interior Ministry refused to provide information about the number and the content of signals against the traffic police officer.

During his Thursday interview, Konstantinov remained adamant that he would have reported the matter to the media even if he had known about the consequences.

In end-May 2011, the Interior Ministry was found to have received over BGN 6.5 M in private donations for a period of three months.

The donors list revealed a number of suspicious names, including persons undergoing investigation.

The European Commission condemned the corrupt practice in its report on Bulgaria under the cooperation and verification mechanism, causing Prime Minister Borisov to pledge that the occurrence would be eradicated.

In an interview last week, however, Interior Minister Tsvetanov specified that donations would be phased out gradually, rather than rooted out at once.