Obama Goes Fundraising as He Turns 50 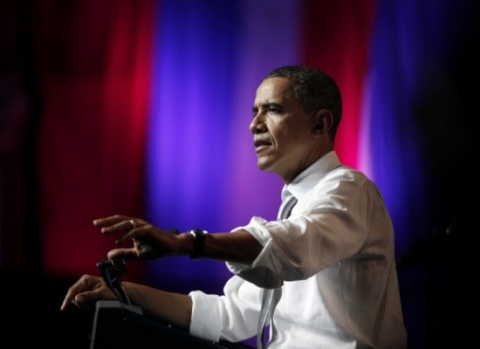 Obama speaks at the Aragon Ballroom, Wednesday, Aug. 3, 2011, in Chicago, in Chicago, at a fundraiser on the eve of his 50th birthday. Photo by Newsday

US President Barack Obama is attended two re-election campaign fund-raising events on the eve of his 50th birthday.

Obama visited his hometown of Chicago for a celebrity-studded bash and sought to recapture the energy of his last presidential campaign.

"I'm going to get advice from some around the table about how to handle this milestone," Obama joked before reporters, as cited by USA Today.