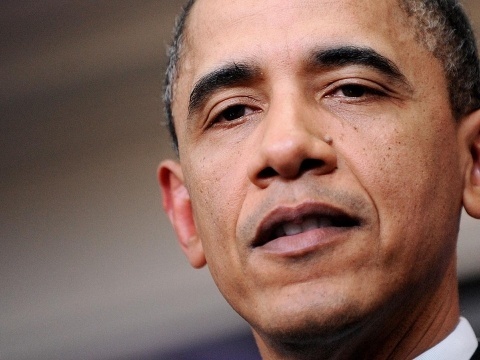 US President Obama praised the deal moments after the Senate passed it, calling the measure "an important first step for ensuring that as a nation we live within our means." File photo by EPA/BGNES

US President Obama signed into law a compromise deal that averts a default crisis by raising the debt limit, but signaled that he will not abandon his stalled efforts to raise taxes on the wealthy.

"It's an important first step to ensuring that as a nation we live within our means, yet it also allows us to keep making key investments in things like education and research that lead to new jobs and assures that we're not cutting too abruptly while the economy's still fragile," Obama said in a statement from the White House Rose Garden before signing the bill.

Moments before his remarks, senators voted 74 to 26 to pass the Budget Control Act, the last hurdle for the controversial measure that was first approved by the House Monday night, making a USD 2.4 trillion down-payment on the federal deficit over the next 10 years.

Obama's signature ends a bruising Washington-made crisis that has gripped the country and lifts what the administration has called a "cloud of uncertainty hanging over the economy."

"The uncertainty surrounding the raising of the debt ceiling for both businesses and consumers has been unsettling," Obama said, "and just one more impediment to the full recovery that we need, and it was something we could have avoided entirely."

Congress and the administration still need to agree on USD 1.5 trillion more in budget savings by the end of the year.

If the debt ceiling had not been increased before the end of Tuesday, Americans could have seen rapidly rising interest rates, a falling dollar and shakier financial markets, among other problems.

Regardless, the federal government could still face a credit rating downgrade.

The agreement -- reached Sunday by Obama and congressional leaders from both parties -- calls for up to USD 2.4 trillion in savings over the next decade, raises the debt ceiling through the end of 2012 and establishes a special congressional committee to recommend long-term fiscal reforms.